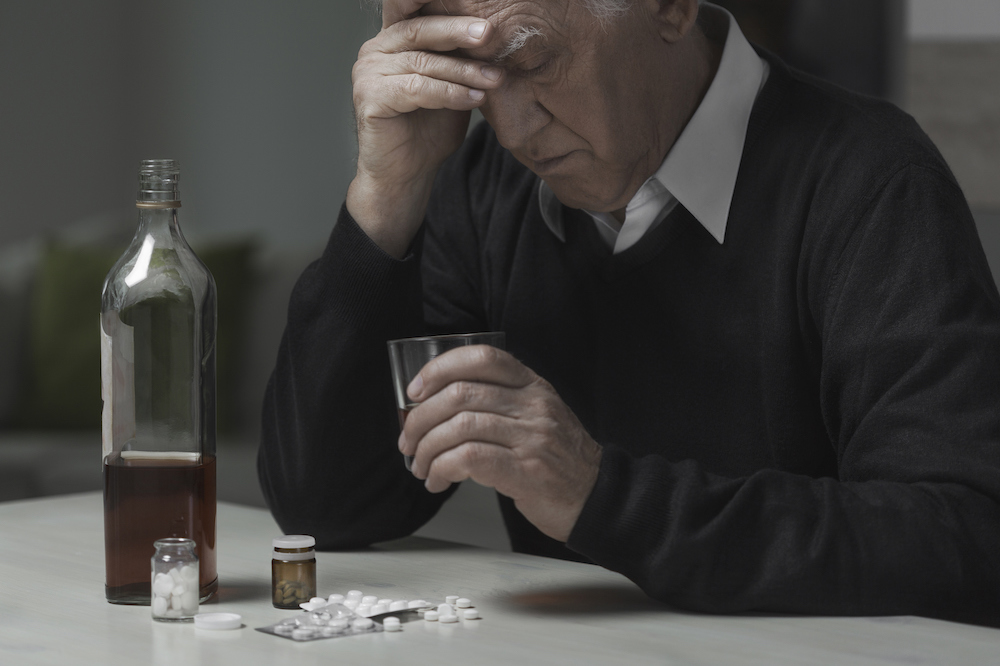 Alcoholism in seniors is a very real concern, but it is often overlooked due to a number of factors that aren’t immediately obvious.

Because many seniors live in isolation, often because of a lack of sympathy or available time from family, spotting the signs of alcohol abuse or addiction is not easy. Subsequently, for those very same reasons, senior citizens may be drinking too much to cope. On top of that, seniors often lose people close to them due to natural causes, illness and suicide, leading to more alcohol consumption in order to mask the pain they live with every day.

Injuries are also common among the elderly, and while alcohol is no substitute for medical treatment for said injury, many seniors may turn to alcohol for pain management instead of taking prescribed pain killers, as the effects of alcohol may be easier to live with or are more familiar to them.

How can it be that alcoholism so often goes unnoticed?

Sadly there are many reasons for this. A senior who drinks too much is usually doing so in secret, or at the very least in private, and since many from the elderly community spend too much time isolated from friends and family their drinking habits may go unnoticed for months or even years.

Comparing a senior citizen to a younger individual who is struggling with alcohol addiction, there is a much higher chance the younger person will interact with law enforcement as a result of their drinking. This may not seem to be very important, but what often prompts someone to seek treatment is their rock bottom moment, and for many that is an unfavourable or humiliating encounter with the police. Senior citizens are less likely to interact with law enforcement due to their drinking, as they are most likely consuming alcohol in the privacy of their own homes.

The fact that seniors simply have less to lose, by society’s standards, such as a career or close family, is another major reason as to why alcoholism amongst the elderly is so often overlooked or missed entirely.

The elderly face a unique set of challenges compared to the rest of the population. They are at higher risk of many health problems, as well as injuries related to slowed reflexes and balance problems. Simply cooking a meal can be very dangerous for a senior citizen, and when alcohol is thrown into the mix, the risk of cuts, bruises, broken bones and countless other potential injuries is increased exponentially. If a senior continues to drive, the risk of an incident due to impaired driving also goes up.

Faced with such specific concerns facing the elderly, a treatment plan or program needs to be designed specifically for seniors and then catered to the individual. A senior citizen cannot simply be dumped into any rehab facility and be expected to succeed. The root causes of why a senior may be abusing alcohol must be addressed by caring, professional addiction specialists that have experience working with the elderly. Including the family and those closest to the elderly individual is key to their success both during treatment and afterwards, as social isolation is often the cause of why they became addicted to alcohol in the first place, and given that seniors are at higher risk of many illnesses as well as injury and depression, the importance of finding a treatment option that is tailored to senior citizens cannot be overstated.

CONTCT US to learn more about helping Seniors looking for sobriety.

5 Recovery Resolutions to Make for 2021